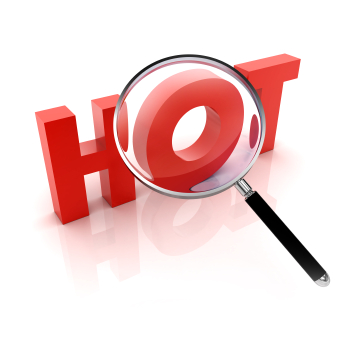 Picture yourself presenting at that very important customer meeting. You have rehearsed it, you know the subject, and the PowerPoint slides are polished, colorful and have no more than 7 words per bullet. Your delivery is impeccable. The audience is mesmerized.

You rock. You are hot!

The bad news: there are situations where being too hot is not what you want. You might want having your performance described as a cool presentation instead. Let me explain why.

Marshall McLuhan was a media expert who produced most of his work in the 1960’s and 1970’s. He became popular and is probably better known by the general public for analyzing presidential debates on broadcast TV.

Marketers think of media as being magazines, newspapers, TV, and, more recently, social web sites. McLuhan had a broader definition of medium. He described medium as technology, extensions of humanity.

So, for example, one can admire a realistic painting for its beauty or photographic-qualities, but the viewer does not need to make much effort filling in the details. The painting is complete; it calls for passive absorption. It is “hot”.

An impressionist painting attempts to capture the transient effects of sunlight (which cannot be done literally). Perceiving the mood of the scene requires the viewer to interprete the broken brushstrokes to capture the intention of the painter. Compared to realists, impressionists are “cooler”.

In a modern abstract painting, the picture does not say much literally (we have all been to the MOMA staring at a splosh of paint and thinking “I could have done that”). The viewer needs to actively participate, and often co-create the meaning of the art piece. Abstract art is incomplete, open ended. It is “cool”.

So, according to that definition, books are hot compared to verbal communication. A PowerPoint-driven meeting is hot compared to a round-table. A film is immersive, requires passive concentration, it is hot; a videogame is interactive, cool it is. Brittanica is hot. Wikipedia is cool.

McLuhan said: “The Medium is the Message”. It is difficult, to create a cool movie or power point slide deck. You can try, but is is almost impossible to convey structured and well formed ideas on Facebook. Content is important, but the medium defines the character of engagement. In order to change the communication dynamics, one must consider changing the medium itself.

You have probably noticed that every content item in this website keeps track of the number of views, the number of comments and a “cool factor” (the ratio between comments and views). The idea is that if people reading a piece feels compelled to comment, the content is cool.

Why is it important for people in business to think about hot and cool media?

First, it helps us to select the medium we use in our interactions depending on their goals. If you are at the first stages of a sales engagement with a prospect and want to qualify the opportunity and discover requirements, you want the customer to talk. You want to use cool media. If you consciously want to control the agenda and keep the audience in passive mode, you want to be hot.

Second, the generation born in the 1980’s and later is heavily influenced by the digital medium. For the next couple of decades, there will be a trend towards cool, participative communication. If we believe that, social media will gain priority over print and newspaper ads. Presentations will be less effective than interactive conversations. A seminar or round table may be preferred over a lecture. Facebook and Twitter become marketer’s media.

Am I cool or what?

–
This article was originally written for and posted at  http://www.theclickcompany.com