It took more than 100 years from the invention of the telephone to the point where virtually every home in the developed word had a phone line.

In the mid-1980’s the first cellular networks appeared and, 25 years later, we get to the point where there are 6 billion cell phones in a world with 7 billion people. More people have access to a cell phone than to drinking water or toilets.

As cell phones reach universal coverage, traditional phones usage is declining. As of 2013, 1/3 of the US households no longer have a phone landline, and that is declining fast.

VoIP technology as we know it today appeared in the 90’s and became widely available to consumers in the early 2000’s. Those services have incorporated capabilities to add video, text chat, screen share, etc.

But IP-based communications has not yet reached universal coverage. I cannot simply “pick-up the phone and call anyone in the word”. Users are still segmented among a handful of proprietary platforms.

But the day when real-time communications over IP become universal is coming. We can already see the beginnings of the decline in the use of cell phone. I am not necessarily typical, but I used only 5 minutes of my cell phone plan last month (most of my communication these days happen over Facebook, Twitter and Skype).

How long will it take? Considering that adoption of new technologies is accelerating, it won’t take 100 years like the telephone or 25 years like the cell phone. We have been using IP-based communications for over 10 years, so we are going to see universal coverage in IP RTC in a couple of years.

——————
Daitan Group provides development services to accelerate product development in Telecom, Cloud, and Mobile. Daitan  customers can rely on a partner able either take complete ownership of a project, or work as part of a team in full Agile mode. Contact Daitan to discuss how we can help in your next project.

There are two rational reasons why customers of software development projects are still attracted to fixed-price contracts:

The title of this post calls that a myth because in exchange for offloading the technical risk, the customer usually assumes the risk or requirements uncertainty. Naturally, to take on a fixed-price project, the provider will demand a fixed set of well-defined requirements and a static Statement of Work.

So what happens? As the project starts, we naturally learn more about the competitive landscape, the real market requirements, new use cases. The technical requirements change and we are left with two options: (a) stick to the fixed-everything contract and develop a product that does not match user needs or (b) change the scope of the project and adjust the schedule/price accordingly.

So, the fixed-price project is not really.

Agile Development is about recognizing the reality that both market requirements and engineering estimates will change over the life of a project. So, the agreements and software releases are iterative, fixed only for short periods of time and adaptive to the reality of execution.  Most internal software development organizations have already made that transition.

Agile Outsourcing is about finding external development partners that will be able to share technical and market risks and work collaboratively to adapt to those changes and deliver the best possible result, within schedule and budget. Most external development organizations became good at minimizing per hour cost, but are still not able to deal with change in requirements. So most software development outsourcing is still based on simple fixed tasks.

Daitan Group provides development services to accelerate product development in Telecom, Cloud, and Mobile. Daitan  customers can rely on a partner able either take complete ownership of a project, or work as part of a team in full Agile mode. Contact Daitan to discuss how we can help in your next project. 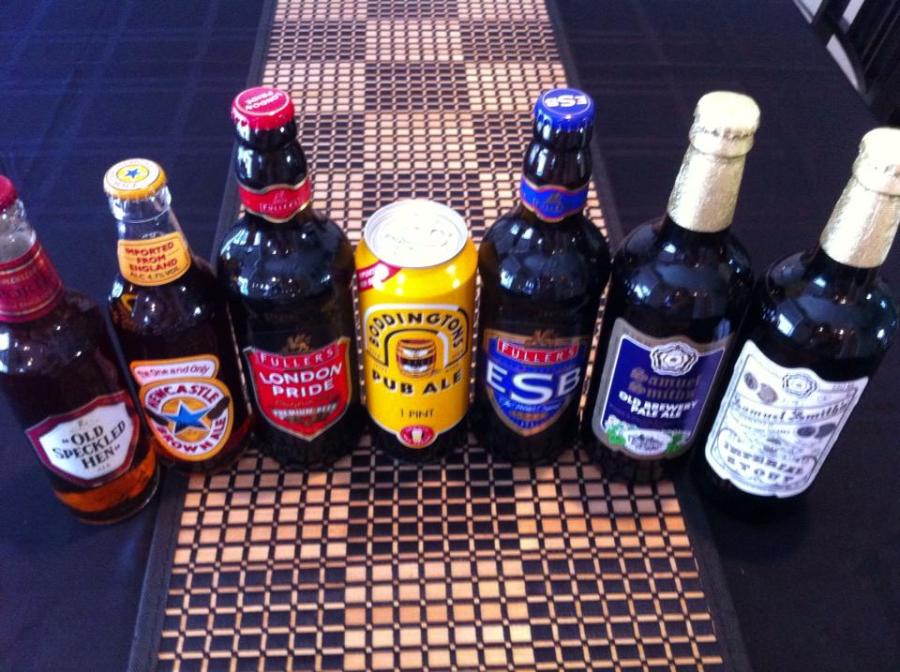 A group of friends get together once a month to try different beers. I happen to be the host of this month’s meeting and the theme will be “A Visit to an English Pub”.

Originally, a brew was an “Ale”. Add hops to ales and you get “Beer”. In England, beer (or “bitter”) is a normally a Pale Ale. Mild, Brown, Old, and India are variations of Pale Ales styles (but the Brits are very bad at agreeing exactly on what defines each style).

Beer in England is served at cellar temperature (about 55F) and is meant to be cask-conditioned in a Pub’s cellar and be poured from a tap. But in the era of InBev and Bev&More, we get it pasteurized and shipped to our door (and we will drink it a bit colder).

When tasting English beers, you say “flavour”, “colour”, not “flavor” and “color”.

This is today’s beer selection: