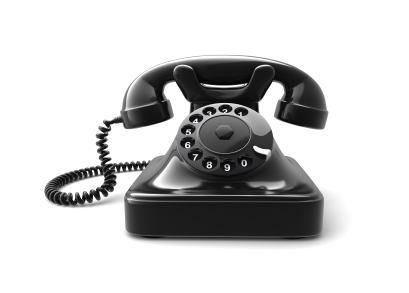 It was early 1900’s when the telephone become a medium for real-time communications. It took us 100 years to build a telecom infrastructure that brought a phone line to virtually every home in the developed world.

But that picture of universal coverage is changing rapidly. As of end of 2012, more than a third of all households in the US were no longer using a landline (source). These people have ditched their traditional telephones and rely solely on their cell phones and internet connections.

AT&T, the largest telephone operator in the US has publicly announced it will turn off its traditional telephone network (PSTN) by 2015. Regulatory requirements are the only reason that doesn’t happen even faster.

The first cellular networks appeared in the early 1980’s and, 20 years later, we reach the point where virtually every person in the developed world has a cell phone. In emerging countries, cell phone penetration is higher than landlines have ever been. In Brazil today, there are 260M cell phones for 190M people. China has 1.1B cell phones, 3 times more than the US. It is universal coverage again.

We are already living a new major transformation. We are starting to use our cell phones less and do most real-time communications using Social Media and Voice/Video-over IP (Skype, Facebook, FaceTime, Google Voice).

We have finally reached a point where the communication applications are independent from the underlying transport infrastructure. When we talk over the Internet, it doesn’t matter what the transport is (wi-fi, cell, copper wires), applications are free from control from operators. New technologies and standards like WebRTC will further democratize access to communication functions, making them available from any IP capable device.

What is coming is a new wave of innovation, when real-time communications will be richer (voice, video, screen, text), ubiquitous (computer, appliances, mobile, wearable) and seamless (move from one device or network or media to another without interrupting the conversation).

It is the end of Telecom as we know it. Or a new beginning.

Marcio Saito is responsible for marketing at Daitan Group, a software development service provider helping technology vendors adopt new communication technologies and bring them to the market quickly. Daitan pioneered the development of cloud-based communications and was first to implement WebRTC for its customers. To contact Daitan, click here.